Russian And Chinese Vessels Working Together In Waters Near Japan

The Japanese defense ministry reported around 10 Russian Chinese navy vessels earlier this month in waters near Japan, leaving analysts to believe that the two countries are sending a message to Japan, the United States as well as Taiwan. 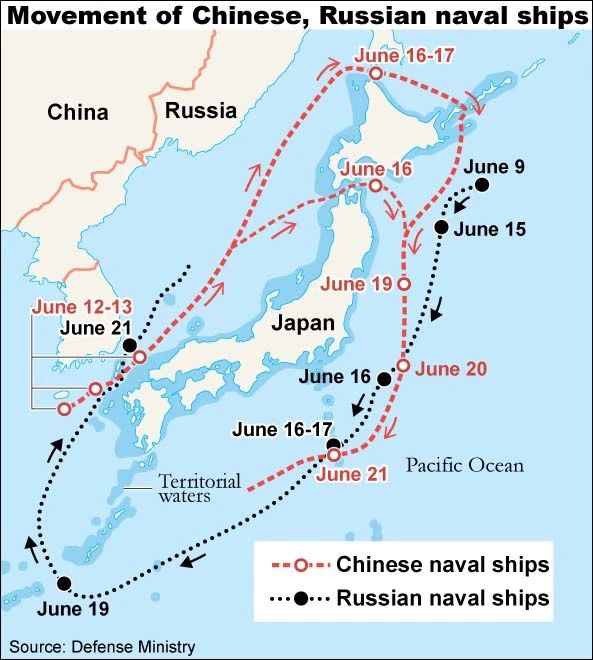 A high-ranking Defense Ministry official said that "It was a clear demonstration of cooperation between China and Russia".

What confused officials and analysts, however, is how both China and Russia staggered their voyages so that each country's voyages were slightly separated from one another.

"China may have wanted to avoid openly working with Russia, especially at a time when it is facing international criticism for its invasion of Ukraine" the official stated.

The Defense Ministry official said that Japan must "view the situation calmly and not go beyond the limits of provocation," as there hasn't been any confirmation that their vessels or aircraft ever entered Japanese waters or airspace.
Click to expand...