British MOD intelligence update for June 19th, 2022 reports that entire Russian units are refusing orders and having armed standoffs with their own officers and troops. 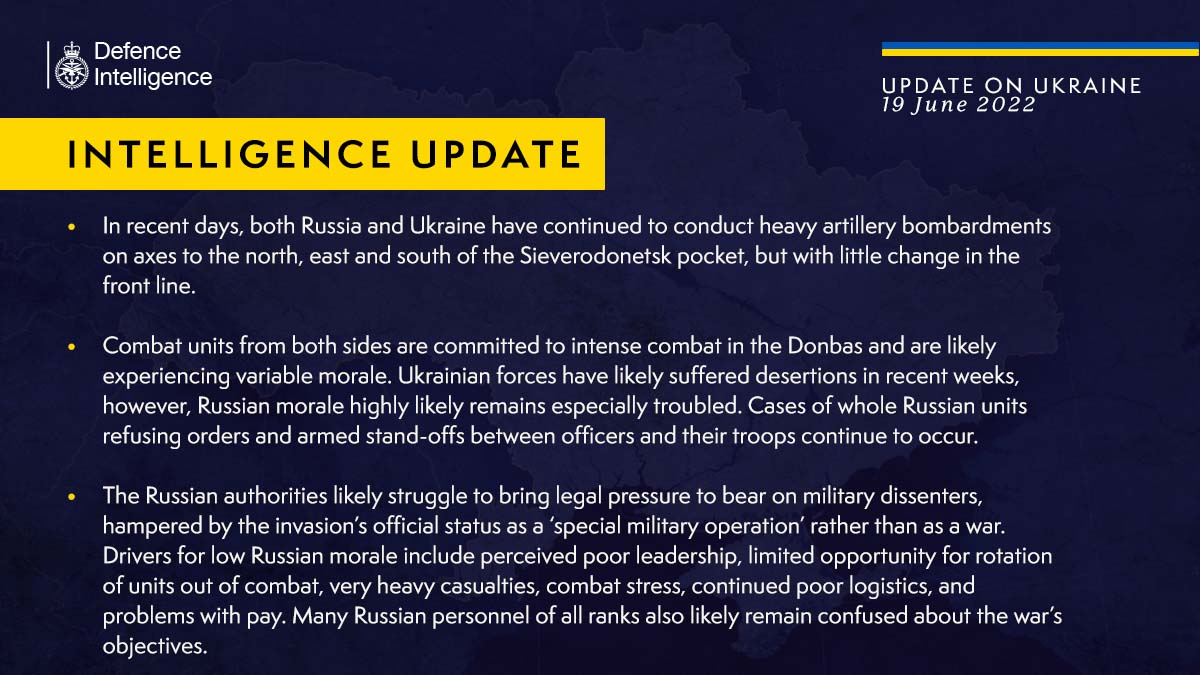 "In recent days, both Russia and Ukraine have continued to conduct heavy artillery bombardments on axes to the north, east and south of the Sieverodonetsk pocket, but with little change in the front line.

Combat units from both sides are committed to intense combat in the Donbas and are likely experiencing variable morale.

The Russian authorities likely struggle to bring legal pressure to bear on military dissenters, hampered by the invasion’s official status as a ‘special military operation’ rather than as a war.

Many Russian personnel of all ranks also likely remain confused about the war’s objectives. Morale problems in the Russian force are likely so significant that they are limiting Russia’s ability to achieve operational objectives".
Click to expand...